The term homicide refers to offences that result in death. As such, the charge can often lead to heavy penalties, such as life imprisonment, and so it is important to attain immediate professional legal advice, regardless of the circumstances.

The three major types of homicide charges are as follows:

Murder and Attempted Murder are considered two of the most serious charges in the eyes of the law and, under all circumstances legal advice should be sought immediately on receiving such a charge.

Murder is taken to have been committed when death was caused by the accused:

No act or omission which was not malicious, or for which the accused had lawful cause or excuse, can satisfy a conviction for murder.

Those convicted of murder are liable to imprisonment for life, though this does not restrict the Judge from imposing a lesser sentence. There is a standard non-parole period of 20 years for those convicted of murder. A Court is to impose a life sentence if satisfied that the level of culpability in the commission of the offence is so extreme that the community interest in retribution, punishment, community protection and deterrence demands it.

If convicted, a person is more likely to be sentenced severely if their crime is considered ‘aggravated’. Factors of aggravation that can result in life imprisonment include:
• Contract killings
• Mutilation of the bodyImpact on victim’s families
• Possibility of re-offending
• Murders motivated by financial greed
• Where the motive of the murder is to conceal another offence
• Murder arising from planned extortion.

Those convicted of the relatively lesser charge of conspiring to murder someone, or engaging others to commit murder are liable to imprisonment for 25 years. There is a standard non-parole period of 10 years for these offences. Accessories before the fact are liable to the same maximum penalty. An Accessory after the fact is also liable to a maximum penalty of 25 years imprisonment. Accessories after the fact are usually someone who helps the offender evade justice and are viewed less seriously when they are not responsible for the crime.a

Attempted murder, while not as serious as a murder charge, is still considered to be one of the worst offences in the eyes of the law. The charge includes anyone who by any means wounds or causes grievous bodily harm to any person with intent to commit murder. It carries penalties of up to 25 years imprisonment with a standard non-parole period of 10 years. Anyone who by any other means attempts to commit murder is also liable to imprisonment for up to 25 years.

Every punishable homicide not specified as murder shall be taken to be manslaughter. Broadly defined, manslaughter is death inflicted by a person when the person did not intend to kill.

There are three distinct categories of involuntary manslaughter:

II. Unlawful and dangerous act carrying with it an appreciable risk of serious injury, where:
• The act of the accused resulted in death
• The act was deliberate
• The act was unlawful and dangerous. An act is unlawful if it involves a deliberate application of force to another person without consent. An act is dangerous if a reasonable person in the position of the accused would have realised that the deceased was being exposed to an appreciable risk of serious injury.

III. Criminal negligence with a high risk that death or grievous bodily harm will follow, where:
• The accused had a duty of care to the deceased
• The accused was negligent and breached that duty of care
• The act resulted in the death of the deceased
• The act fell short of the standard of care that a reasonable person would have exercised in the circumstances and involved such a high risk that death or really serious bodily harm would follow.

With categories (ii) and (iii) the Crown does not have to establish that the act was done with any particular intention to injure, so long as a reasonable person in the position of the accused would have appreciated the risk.
‍
Penalties: Anyone convicted of manslaughter faces a maximum penalty of imprisonment for up to 25 years

There are a variety of ways to mitigate a homicide charge, and there are also several defences available that can result in a partial or complete acquittal.

Resulting from a sudden and temporary loss of self-control that was induced by any act or series of act of the deceased that would have caused a person of ‘ordinary firmness’ to so far lose self-control as to form the intent to kill or inflict grievous bodily harm. A finding of provocation reduces the charge to manslaughter. The onus of proof for provocation is on the defence.

Where the person’s capacity to understand events, or to judge whether their actions were right or wrong, or to control themselves was substantially impaired by an abnormality of the mind arising from an underlying condition. Self-induced intoxication, as opposed to involuntary intoxication, does not contribute towards a finding of capacity. The onus is on the accused to prove capacity. Such impairment will result in murder being reduced to manslaughter.

If a jury or court finds that the accused was mentally ill at the time of committing the act, so as not to be responsible for their actions then a special verdict of not guilty by reason of mental illness must be returned. The person must then be remanded into custody and not released until the court is satisfied on the balance of probabilities that the safety of the person or any member of the public will not be seriously endangered. Either the prosecution or the defence can seek this verdict; the responsibility is on the party seeking the order to satisfy on the balance of probabilities that the offender suffers from a mental illness.

The rule regarding insanity of the mind states that the party must prove that on the balance of probabilities the accused was affected by a disease of the mind and:

i. Did not know the nature or quality of their act; or

ii. If the accused did know it that they did not appreciate that it was wrong

‘Battered Person Syndrome’ refers to a person who has been the victim of assault, abuse, neglect, domestic violence or a combination thereof. It is common for people in these situations to not seek help or support.

There have been occasions where victims have defended themselves against their attackers. This defence, in the context of duress or self-defence, has had some success in Australia
‍
Although ‘Battered Person Syndrome’ is commonly referred to as ‘Battered Wife Syndrome’ it is non gender-specific and can be used as a defence by both women and men.
‍
The onus is on the defence to prove beyond a reasonable doubt the elements of ‘Battered Person Syndrome’.

The defence must establish beyond a reasonable doubt that it was necessary to do what the accused did in self-defence. This is a complete defence to murder and the offender would be entitled to an acquittal. It is a subjective test that asks the jury to determine if the accused was justified in committing the act, rather than if an ordinary person would have acted the same way.

The defence must establish that the offence was only committed because of threats of violence and/or death against themselves, their family or their friends. The jury must be satisfied that a person of ‘ordinary firmness,’ of the same maturity and sex of the accused and in the same situation would have acted the same way. The Crown must prove beyond a reasonable doubt that the accused was either not suffering from duress, that there were reasonable actions the offender could have taken or that an ordinary person in the position of the accused would not have acted the same way. 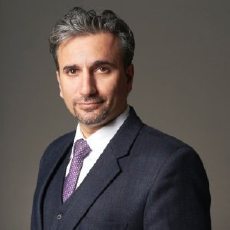